Long time no post! (Many run on sentences ahead.) A handful of...

Got a few new ones live on the site now! (noraknives.com)...

We made this one with Veteran’s Day in mind. We have a lot to... 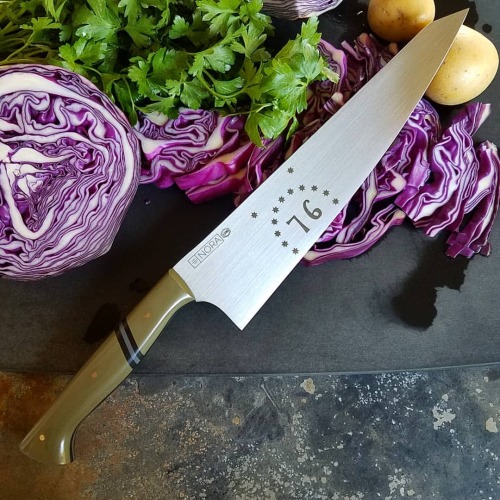 We made this one with Veteran’s Day in mind.

We have a lot to work through in this country but Steve and I are so incredibly proud to be Americans. We realize that the freedoms we have today are in no small part due to the sacrifices made by our veterans.

The engraving on this one is taken from the Bennington flag which was a US revolutionary flag, made in honor of the Battle of Bennington. The battle was considerd a turning point in the American revolution and it is unique among the various versions of flags our country has had over the years. Central to the flag is a large ‘76’ in the canton which is a reference to the year the Declaration of Independence was signed. There are 13 stars, representing the 13 original colonies that rebelled against the British.